3% of Users Responsible For 92% Of Breaches 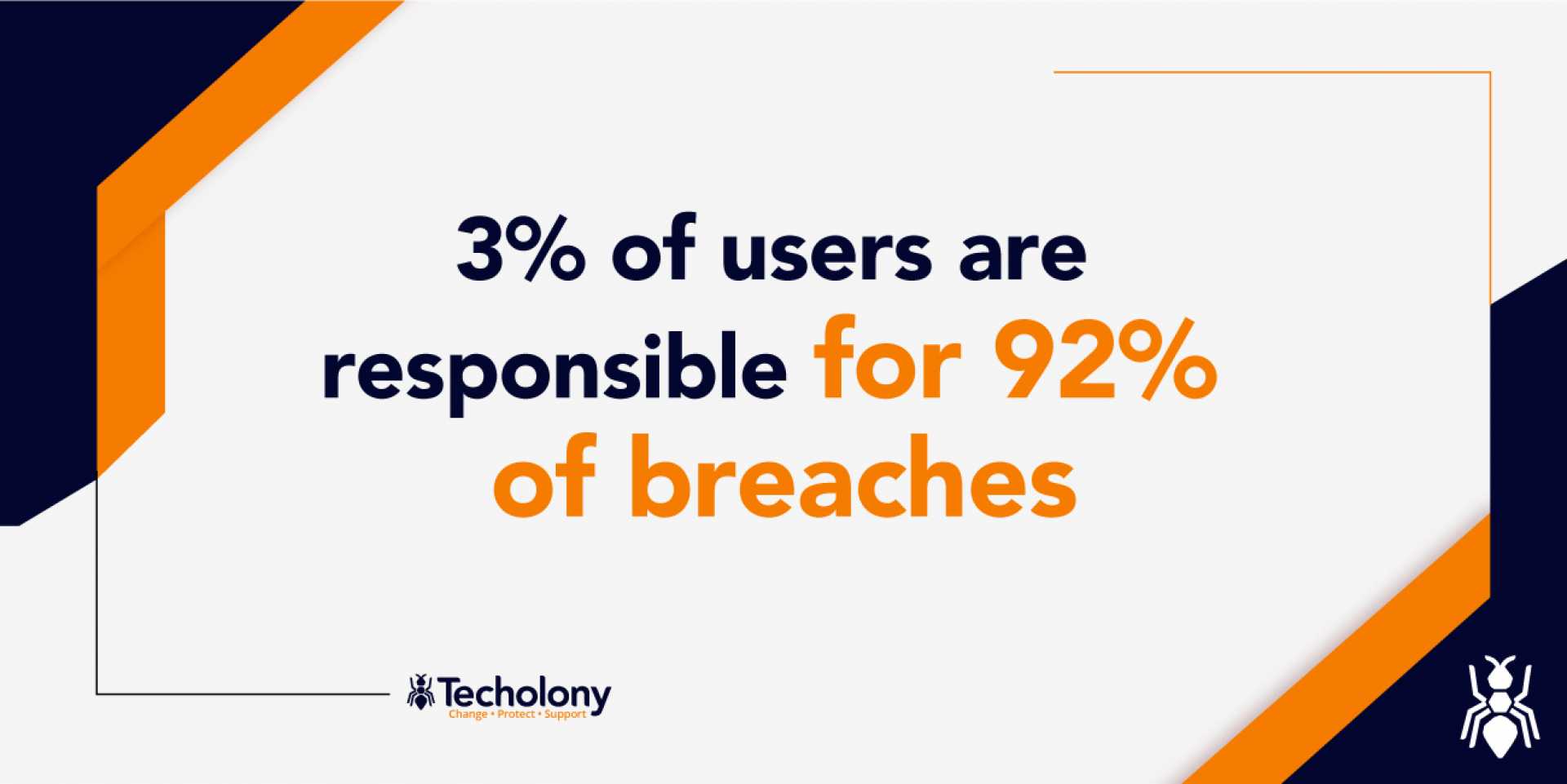 A report by Security Company ‘Elevate’ has revealed that 3 percent of users are responsible for 92 percent of malware events for businesses, indicating that a small number of users create the most risk.

‘The Size and Shape of Workforce Risk’ report, conducted on data provided to the Cyentia Institute by Elevate Security, included events starting in January 2016 through December 2021, and took into account 15.1m unique events associated with 168k users spread across more than 3.8k organisational departments.

Some startling key findings of the report were that:

– 4 percent of users are responsible for 80 percent of phishing incidents, some clicking as often as twice a month.

– 3 percent of users are responsible for 92 percent of malware events.

– 1 percent of users will average an incident every other week.

– 12 percent of users are responsible for 71 percent of secure browsing incidents.

What Is A Risky User, and Why Are They Risky?

Also, according to the report, where malware is concerned, although 94 percent of users never encounter malware, some experience it weekly. Out of these users, 10 percent average more than 11 events per year, with 1 percent as high as 27 events per year. These are the high-risk user for malware.

Similarly, where browsing is concerned, only a small percentage of users account for most of the secure browsing events – i.e. 12 percent cause 71 percent of the events.

Elevate’s report recommends several ways that businesses and organisations can minimise the security risk caused by risky users. These are:

– Start measuring to identify which users pose an outsized risk

– Check the efficacy of controls – i.e. check how many phishing emails are getting through the filters, how uniformly AV software is installed, and make sure the controls are not just in place but are working properly for everyone.

– Identify risky users. Identify who’s generating the majority of security events and understand the reasons – e.g. a user may be an outsized target for attackers or someone who has slipped through the security controls or both. Also, consider checking the browsing history of a “click-happy user”.

– Start monitoring and helping the risky users. This could be done by setting up ‘guardrails’ and focused controls.

This report emphasizes how important it is to have blocking measures and controls in place, with employee cyber security training in the first place to stop the vast majority of phishing emails and malware (for example) from getting through. It also shows that a disproportionally small number of users may be responsible for most of the risk, but these will not be identified unless the business measures and monitors to find out who they are. The suggestion here is that, rather than subjecting all users to the same level/type of treatment, companies can put more effort into identifying the riskiest users and concentrate more help on them. This could be a smarter and more efficient way for companies to boost security.